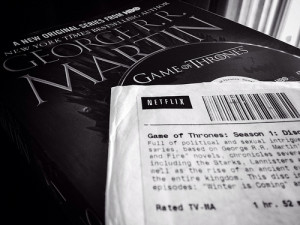 As you might have noticed, the first episode of Game of Throne’s new season was released by HBO. You have probably been as excited as million of other fans and have eagerly awaited the start.

HBO was probably excited as well but ruined the fun for some of its users. HBO GO, the streaming platform, crashed during the release and none of its users where able to watch their long anticipated show.

From a management perspective, it is crucial to be aware of your IT systems, their capabilities and limitations. It would have been a good start to map HBO’s IT landscape and assess performance capacity because nothing is worse when you have been working hard to get everyone excited but then create a negative user experience by failing to deliver on your promise. Especially when the competition among content providers and streaming services is as fierce as ever.

One major drawback is that this was not the first time this happened at HBO GO – one week before this incident, the network crashed during the last episode of True Detective.

HBO claims that one possible reason for these incidents is its password sharing policy which allows users, particularly used by families, to use the same account on multiple devices. Therefore creating a very high “black number” of users.

Regardless of the specific reason, it is crucial to not ignore incidents, rather investigate and plan actions to resolve. Create scenarios with your team to see what impact certain variables, e.g. average number of shares per account, will have on your product or service.